‍According to the Pew Research Center, 79% of Americans are concerned about how data is collected and used, and 81% do not think the benefits outweigh the risks. However, 62% of Americans agree that it is impossible to go through daily life without companies collecting their data.

Combine that feeling of no control with 59% of Americans having little to no understanding of what the data is used for, and the result is a fear of data misuse and calls for change. While some concerns are absolutely warranted, this lack of knowledge was epitomized in 2018 when a senator asked Mark Zuckerberg how Facebook remains free, to which he responded, “Senator, we run ads,” followed by a slight smirk.

But the average consumer may not realize how innocuous data collection really is. Take, for example, your favorite coffee shop apps. Some may be concerned that Starbucks is tracking your every step when they ask for location access, but in reality, they’re only trying to identify the closest store so you can get your daily dose of pumpkin spice.

American’s concerns are being addressed from two sides: the tech industry and the government.

On the tech side, Google announced that by 2022, the cookie would be dead on Chrome, the most popular browser in the world. This move follows less publicized browser changes in Firefox and Safari, which already have Do Not Track settings applied by default. Later in the year, Apple announced that its Identifier for Advertisers (IDFA) would also go away as well as changes to app permissions with iOS14, severely limiting tracking capabilities on its devices.

And on the government side, regulation like the California Consumer Privacy Act (CCPA) went into effect and has led to discussion in state legislatures across the country for similar, if not stricter, measures. Expect to see more proposals in 2021 as lawmakers continue to evaluate the future of the tech sector.

Basically, what it comes down to is more control for the consumer. Given the stats above, that control will result in fewer addressable audiences and a more limited ability to track the success of marketing efforts.

How Advertisers Can Prepare for Change

As advertisers, we’re always trying to adapt. Here are a few tips to start prepping for all the changes:

Develop a first-party data strategy. When data is collected with the right transparency and intent, consumers will be more willing to give access. You can then use that data to make sure their experience is positive and continue to receive insight into their behavior on your owned channels. The key is to make it explicitly known that they can trust your brand to be responsible with anything they decide to share.

Look for alternative measurement and attribution options. Advertising continues to be fragmented, especially in the digital space. To get a full view of what is and isn’t working, it will be important to use tools that leverage first-party data that can deterministically measure consumer actions. Companies like Google and Facebook use login data to track their users, so they could benefit the most as a targeting and measurement solution.

Shift to contextual. Media plans will see a shift away from third-party audience data usage as the size of those audiences shrink, and become less scalable and lower quality. Contextual targeting will be even more important as campaigns are less about reaching the right consumer everywhere, to reaching the consumer in the right place. The relevancy of the sites you run on will be more important than ever.

To marketers, these shifts may seem frustrating and almost like a step backward. After all, the past 10 years have been all about increasing the addressability and accuracy of advertising. But there is a silver lining here. Ultimately, this will result in a better relationship between advertisers and their consumers—with the right system in place, these changes can lead to increased trust from consumers and better data from those that trust them. 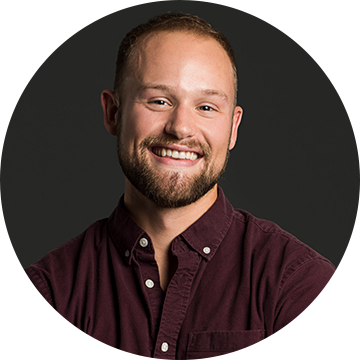 Ryan leads all of our paid media and analytics initiatives. Before building his career in digital media planning and buying, he worked in the digital news industry, managing all digital media initiatives for an NBC/ABC local affiliate. He is also a former golf course groundskeeper with a penchant for beer, wine, whiskey, and adopting dogs.

A Whole Lotta Soul: An Introduction to Brand Soul Stories

Adobe 99U: Creative is Future Proof